The end of Summer is fast approaching and since the kids are off to school, you'll notice the lake will have less traffic, which is good news for fishermen!  It's been an unusual summer, and since we never really had any long stretches of extreme hot weather, the lake bite has been better than most years during August. 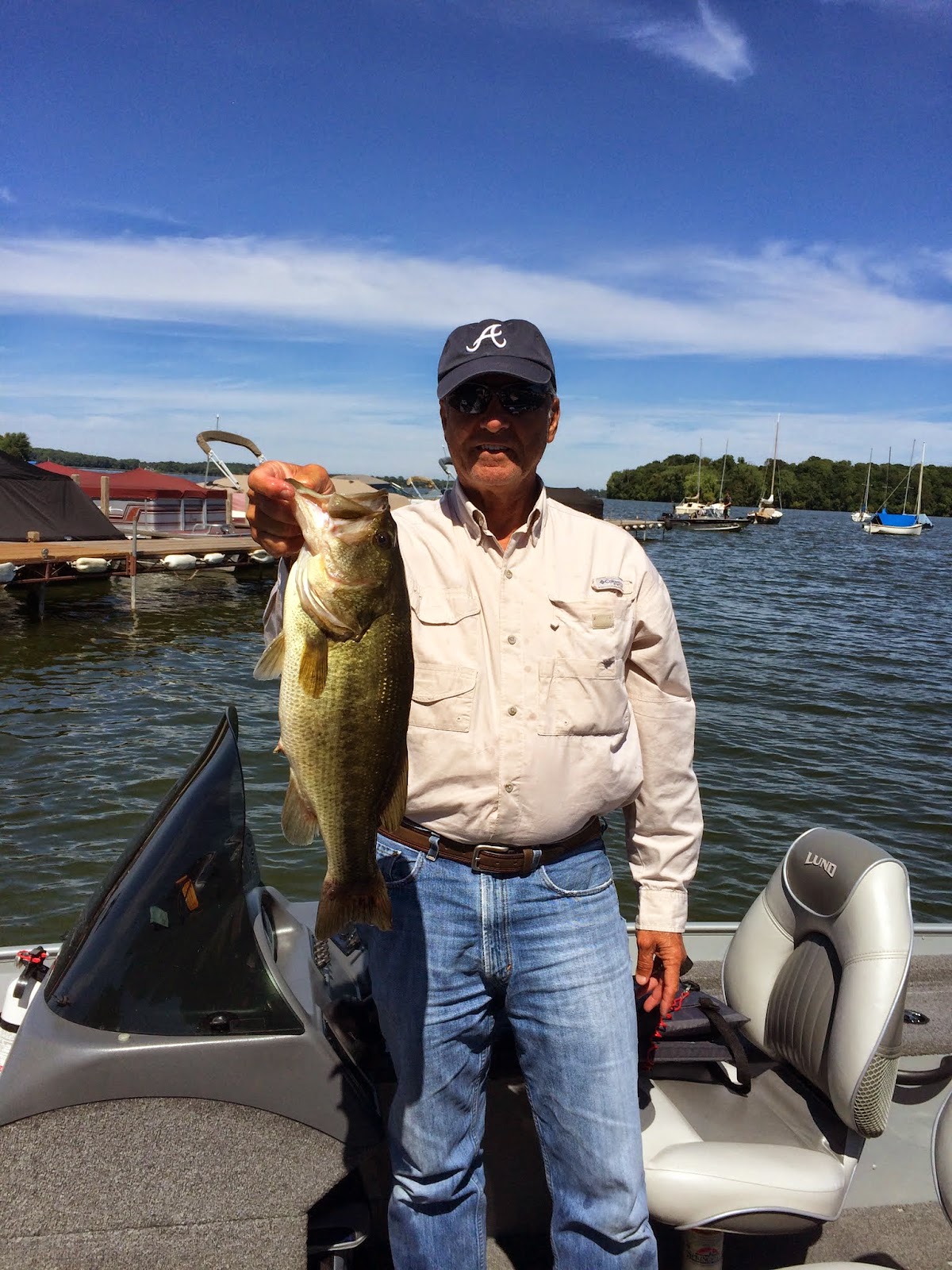 We've continued to have some nice bass reported and brought in to share before releasing. Fishing the weeds on Center, Pillsbury and North Reefs have been productive.  Sucker minnows have been good for those using live bait.  If artificial lures are your thing, spinnerbaits, Texas-rigged worms and Jigs are working. We still recommend trying shallow water with topwater baits as well for a fun bass bite. Also, after a rainfall, its always good bass fishing near the Carp Trap (Peterson's Creek) on the NW side of the lake. 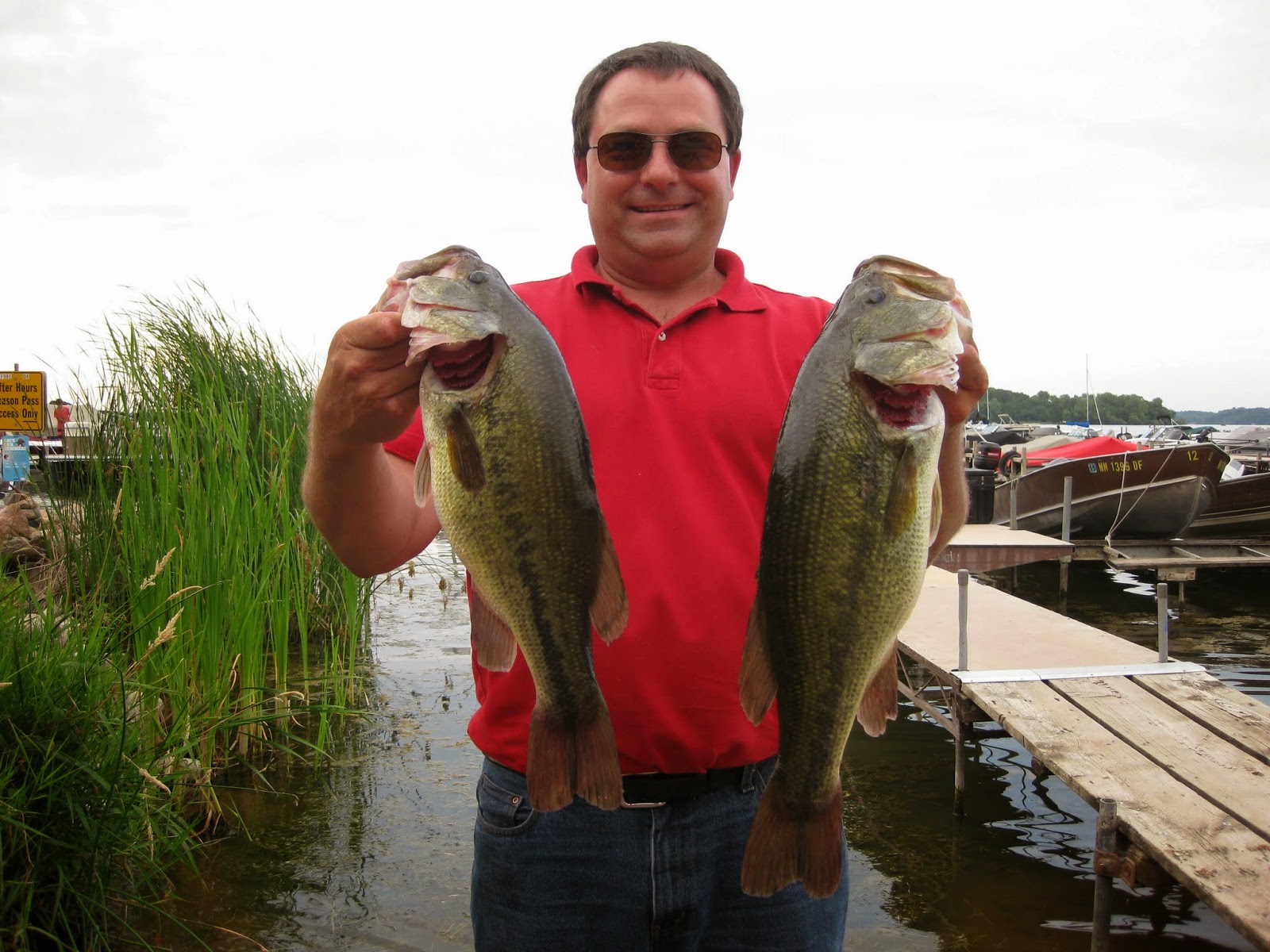 Crappies and sunnies continue to be active for those of you looking to get some fun action with kids. A lot of sorting is needed to pick out keepers, but it's possible to get some for the fry pan. The north side of the island is still a popular spot in 10 to 12 feet of water. Of course, fishing the weedlines of Center, Pillsbury, North and Kegs reefs almost always produce a good amount of panfish, with some of the bigger ones coming from those locations.

The muskie bite has started to turn on.  While it has been an up and down season for them, we've had some of the nicer reports of this summer during August.  The big fish of the season on our shop's photo counter came in on 8/16 from Kelsey Johnson.  She got into a 52 incher on her first attempt at fishing for these monsters.  We've also seen and heard of several in the mid-to-upper 40 inch range as well.  Fishing around the island and reefs like North and Anderson's are good bets.  Bucktails and big spinnerbaits have been some of the baits of choice for these successful catches. 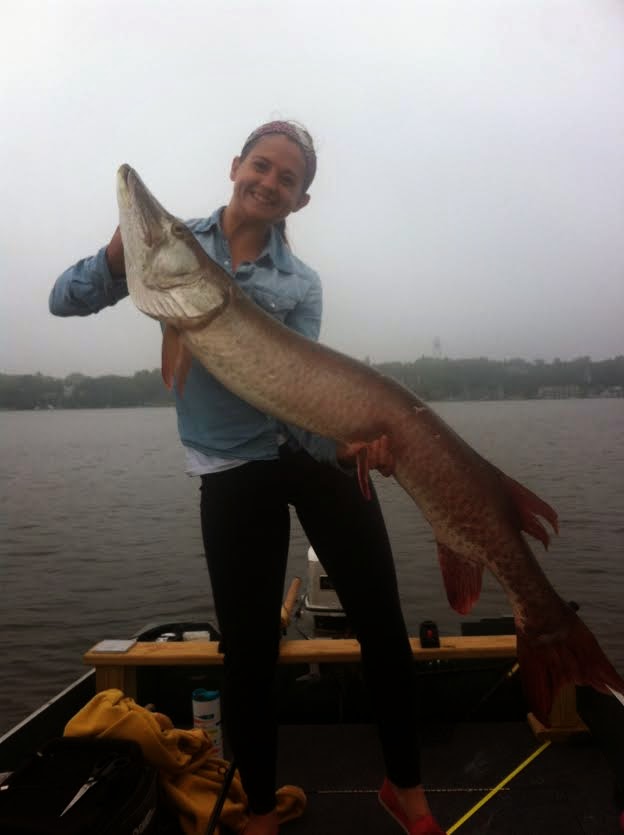 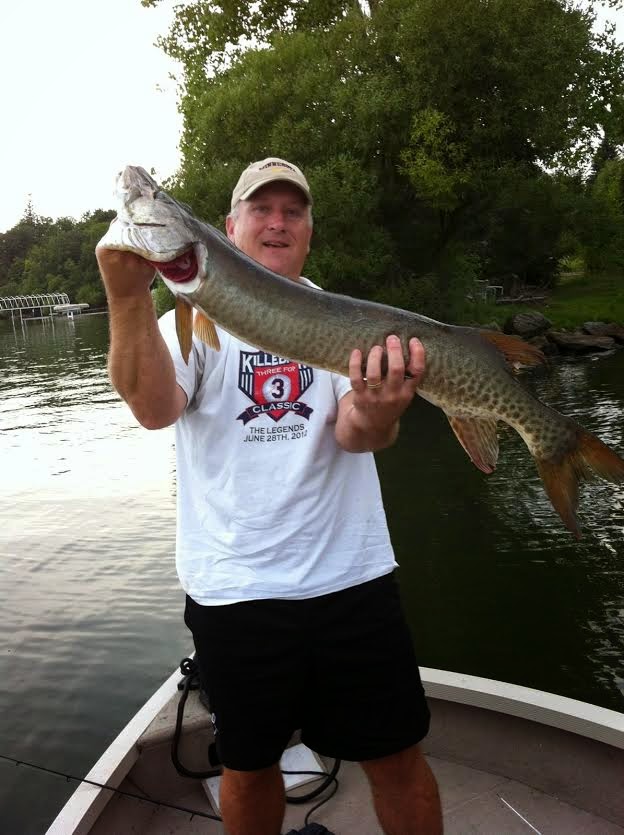 Walleye activity has been hit or miss for a lot of the summer.  While we've certainly seen an increase in successful catches, they are still generally under the legal slot size of 16 inches.  Lately, we've been hearing of anglers getting action on Red's Reef in 14 to 17 feet of water off the rocks.  Kegs, North and Anderson's reefs, right off the weedlines have also produced some "marble-eyes".

After Labor Day, we will be starting new shortened hours.  Starting on Tuesday, September 2nd, our hours are Monday-Friday 10 am - Sunset, and Saturday/Sunday from 8 am - Sunset.  We will be renting boats and pontoons into early September, but please call (952) 442-2096  to reserve as we have limited staff this time of year.

We want to thank our staff for another great summer this year!  Most of them are back to college or heading back to high school soon, and we're lucky to have such quality employees.  Earlier in the the month, we had an Employee fishing contest, and this year's winners were Carl Wenning and Nick Hughes, who teamed up to catch the most weight in bass for the night.  Here's a nice pic of the crew... from left to right (Avery Aalfs, Carl Wenning, Isaac Kluver, Eric Wolf, Jimmy Mase, Ben Mase, Curt Hodgin and Nick Hughes). 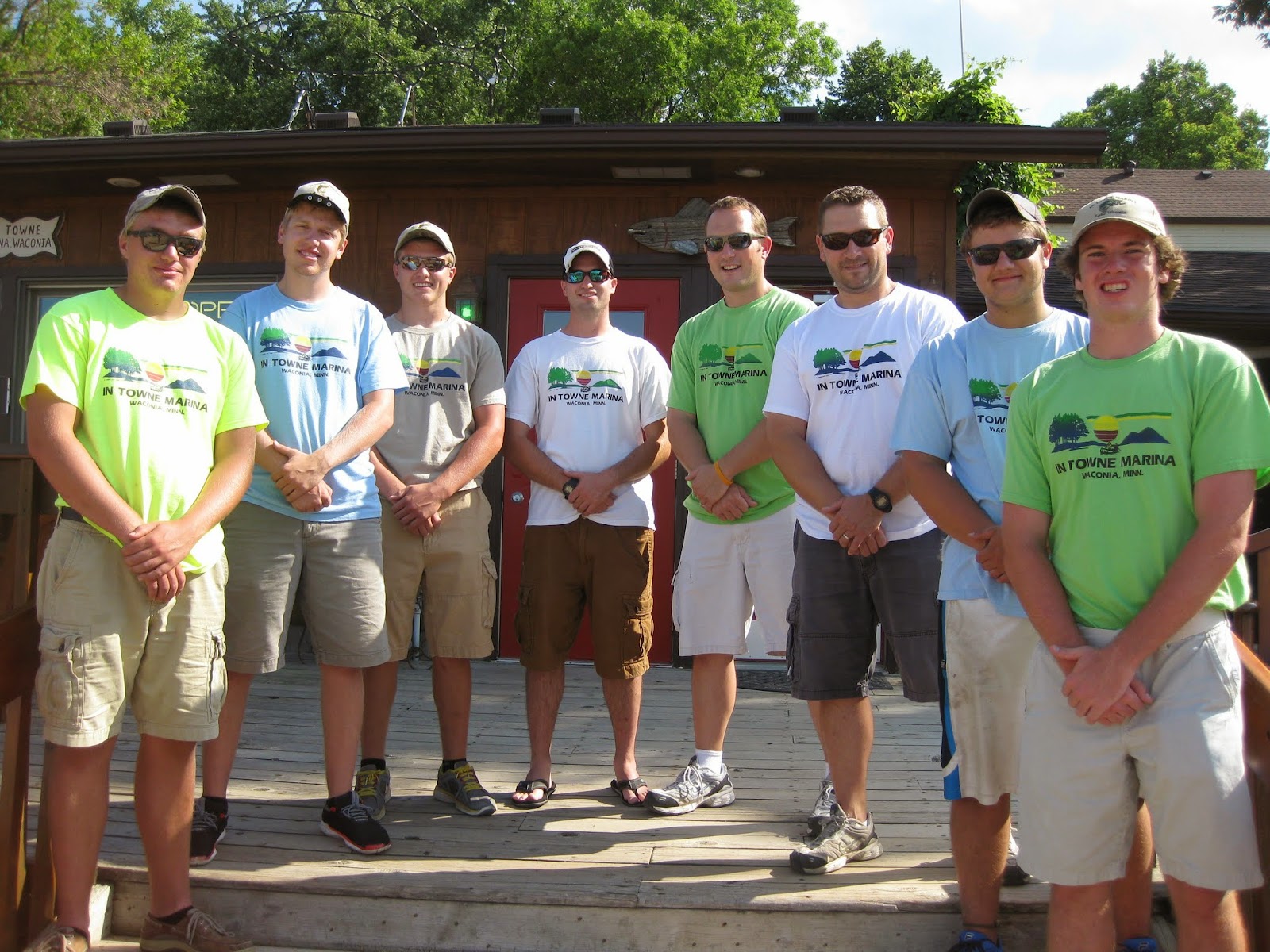 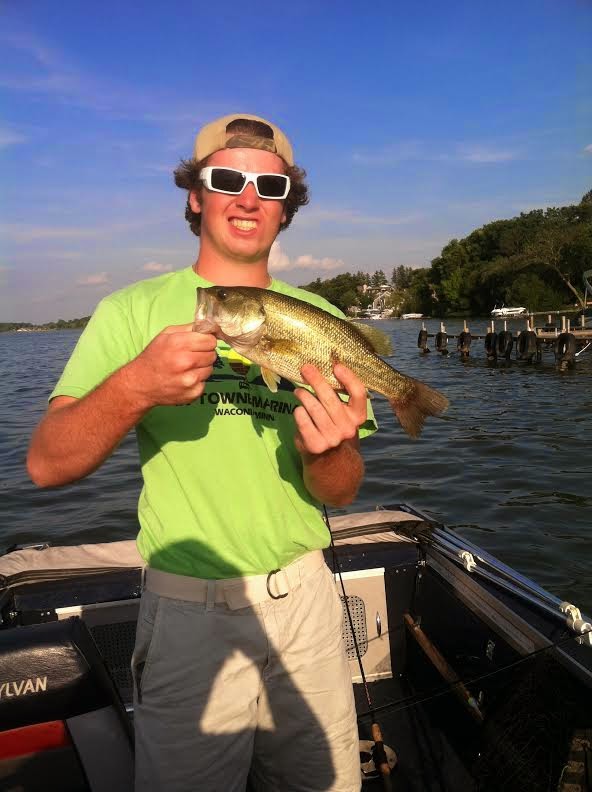 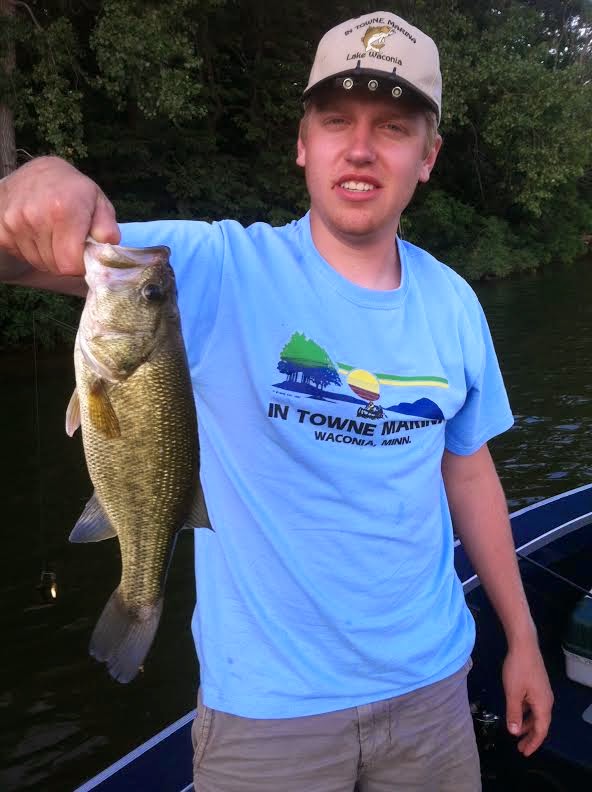 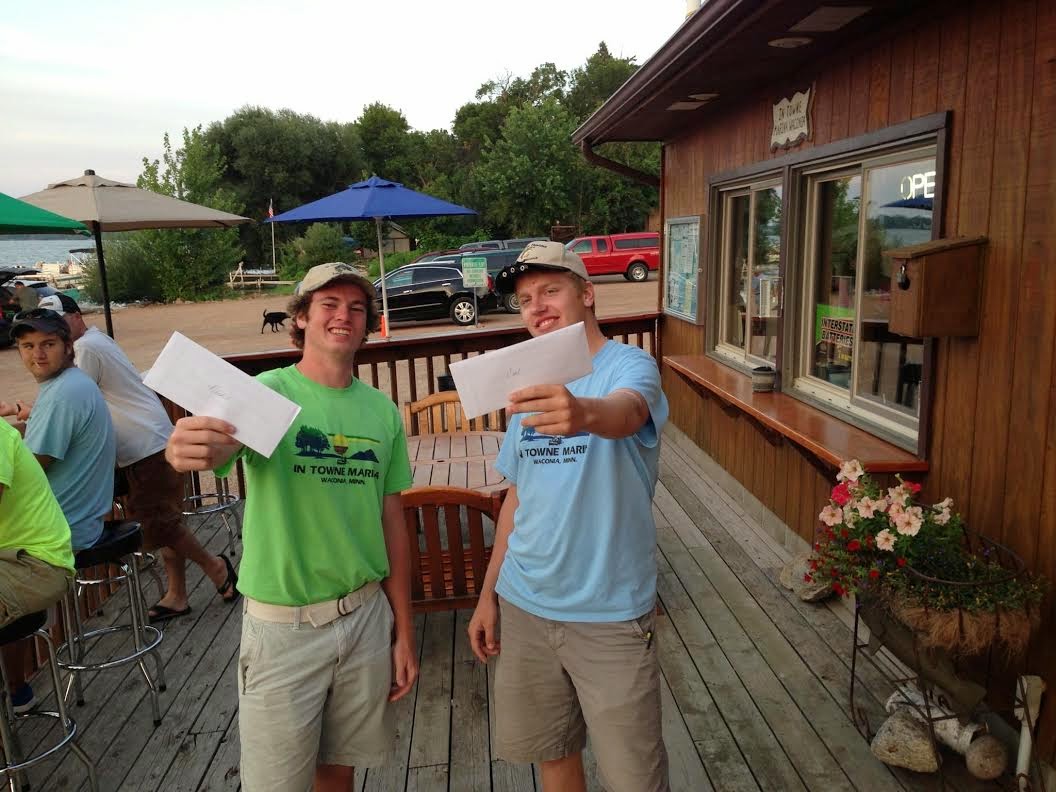 Posted by In Towne Marina at 12:06 PM No comments:

GREAT NEWS! The Carver County Sheriff has lifted the remaining wake restrictions on Lake Waconia. We are now back using the lake under the normal laws!

Now that the weather has finally settled down and things are back to normal at the lake, it's time to take advantage of the rest of the summer and get boating or fishing on Lake Waconia!  We're here with all of the basics to make your day on the lake a memorable one!  If you need re-fueling, we have 91-octane non-ethanol marine gas.  If you need the latest word on the bite, bait, tackle or if you just want to stop in for a snack or ice cream, we'll be here to greet you!  If you don't have a boat, we rent fishing boats with motors and have nice options for pontoon rental as well.  Take advantage of our Weekday 20% Off coupon for pontoon rental, which expires on Thursday, 8/21.  Just call to reserve at (952) 442-2096.

The bite has been good during this stretch of summer.  Bass have been active with multiple depths and styles of fishing working.  With the August algae bloom, it's always a great idea to throw topwater baits, like Scumfrogs in the shallows, especially early in the morning.  Some of the most fun is watching a lunker largemouth slam your bait at the surface!  If you're not into fishing the shallows, anglers using live bait such as leeches have had success in the weeds or on weed edges in 10 to 15 feet of water in areas like North, Center, Pillsbury and Cemetery Reefs.  If you're into artificial lures, some good options are Texas-rigged worms, jigs and spinnerbaits.

Sunfish and Crappie action has been surprisingly steady this summer.  There has been no shortage of panfish caught, although sorting has to be done to get keepers.  Working the weeds around Coney Island has been a good bet all year and continues to produce between 8 to 14 feet of water.  Fishing any of the reefs with good weeds is also productive.  Chunks of night crawler or wax worms have been the bait of choice for sunnies, along with crappie minnows for the crappies.

Walleye and northern pike have been more active this summer compared to previous years.  The walleyes have been best during low-light times, with action coming from Kegs, Anderson's and North Reef, and between the marinas.  The weed theme continues, as we're hearing of more fish coming from the weedlines than the deep water.  Expect to do a lot of catch and releasing for the walleyes, as a majority of the catches have been under the 16 inch Lake Waconia size limit as of late, although we've seen our fair share of keepers this summer too.   As for the pike, we've been seeing anglers bobber fishing with sucker minnows, as well as using artificials like spinnerbaits and trolling with cranks or spoons.

We hope to see you at the lake!

Here are some of the best pics of the month of July... 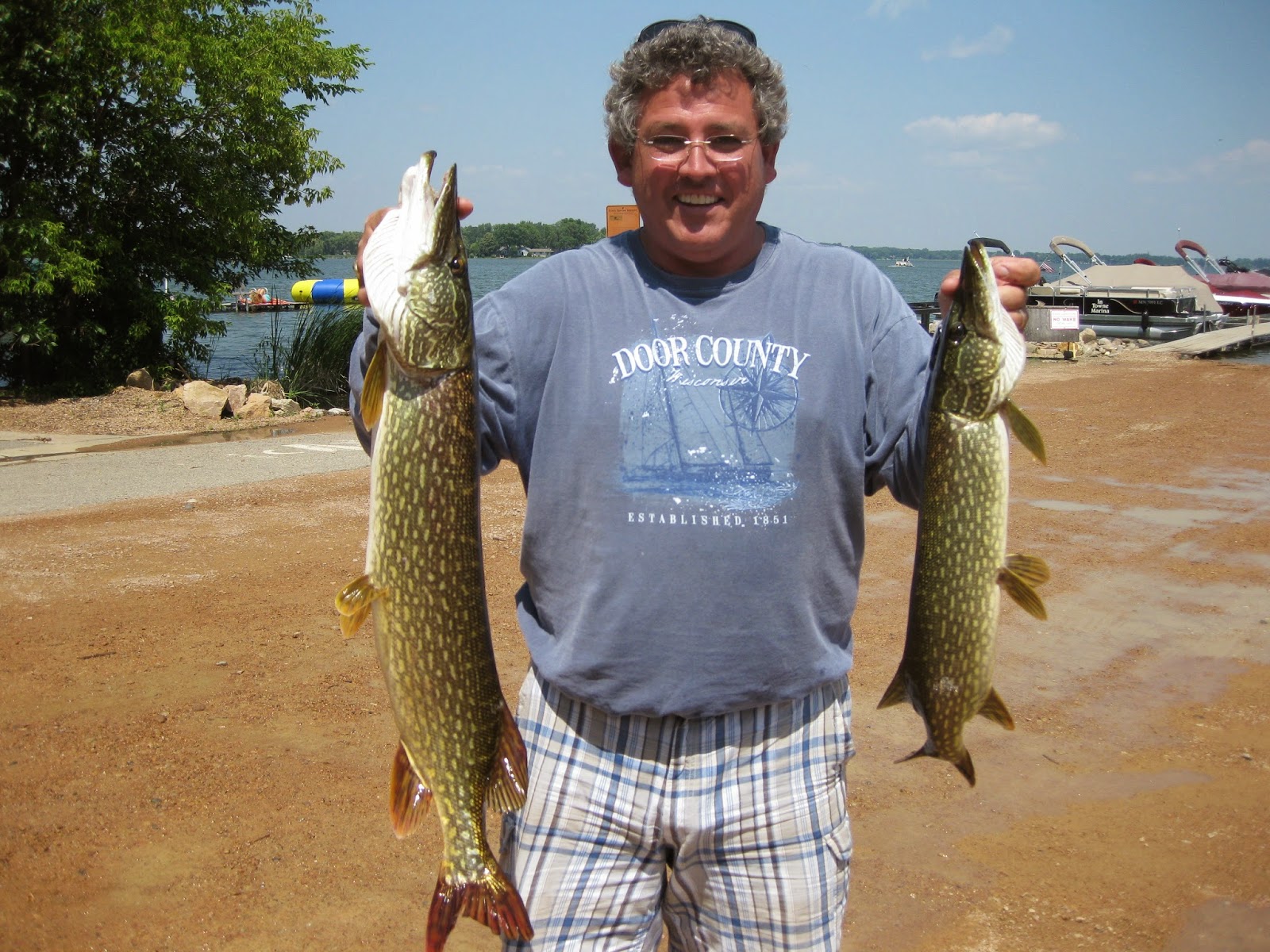 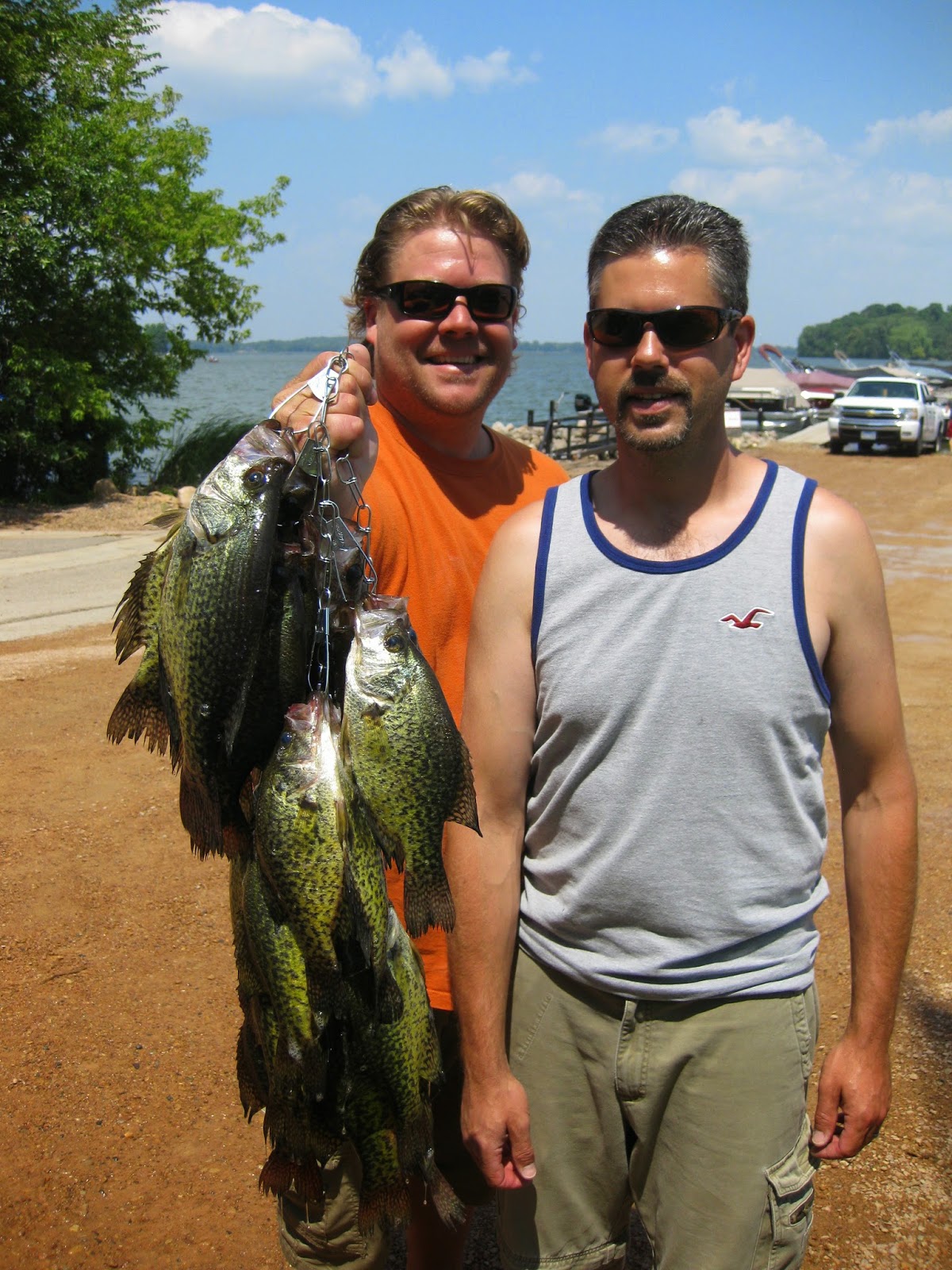 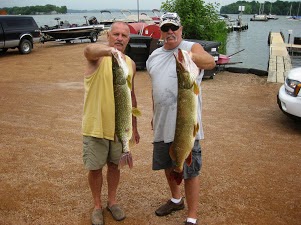 Posted by In Towne Marina at 5:42 PM No comments: