Fishing has been good as of late. If you don't mind looking around, finding a weedline or pocket in the weeds, there is action to be had. Sunfish have remained consistent as long as yo don't mind doing some sorting. Sunfish 4 "to a pound" have been the common "keeper" size. Northern Pike have been cooperating as well. 5-8 pound fish have been somewhat common. The weedlines are still where is is at for the Pike. Sucker minnow have been the bait of choice. Medium Suckers have been hard to come by as of late due to demand, and the time of year. Like the previously mentioned species, Crappies are still being caught on the weedlines as well. A little deeper is working for some folks too. Some suspended Crappies are being caught in the 15-18 foot breaks off the reefs. Some of the bigger Crappies we have been seeing in the bait shop lately, have come from those depths.

If you have been thinking about renting a fish house this winter, the window is closing! There are only 3 weekends left for the permanent fish houses this season! Where did the Winter go? If you haven't had a chance to get out this Winter, or just want to get in that last ice fishing trip, now is the time. Saturdays are booking fast, so give us a call in the "Shop"! 952-442-2096

Here are some recent fish- 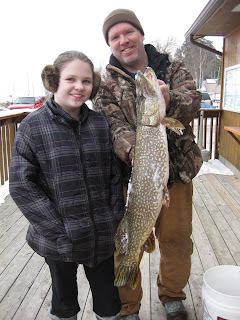 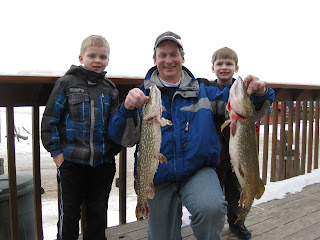 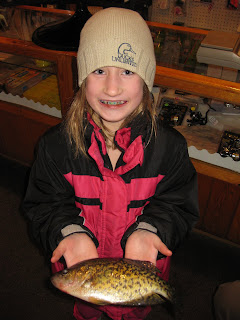